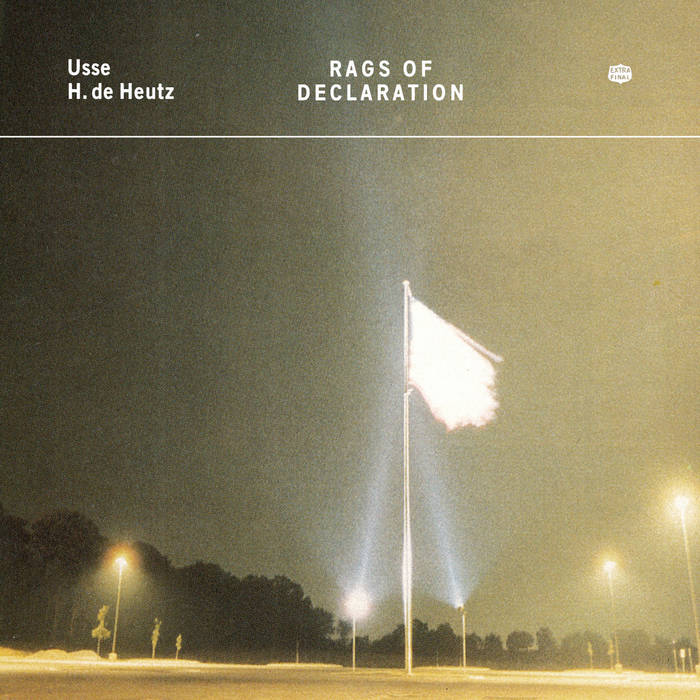 LIMITED EDITION PRINTED SINGLE: This hand-numbered 2-track split release is limited to an edition of 200 printed cards housing a digital download. To get a copy, please e-transfer $5 to Extra Final at avantpulp@gmail.com, and include your mailing address.

All proceeds from its sale will be donated to the Mohawks of Tyendinaga, who are fundraising in support of legal fees of warriors arrested in their stand in solidarity with Wet’suwet’en sovereignty.
Once all 200 editions have sold, the release will be available as a digital-only download.

See below for full release details.

In response to the 2019 Canadian federal election.

Mastered by Corey Bonnevie at Monopolized.

To support the Mohawks of Tyendinaga directly, e-transfer donations to tyendinagadonations@gmail.com, or purchase items and supplies from their wishlist here: realpeoples.media/wishlist/

You can also visit mohawksolidarity.com, where fundraising is taking place to cover legal fees of warriors arrested in Wet'suwet'en solidarity actions.

Conceived in response to the tired, exploitative and cynical rhetoric of Canada’s 2019 federal electioneering, RAGS OF DECLARATION is issued in the midst of ongoing colonial violence against the Wet’suwet’en, perpetuated by Canada, British Columbia, Coastal GasLink, and the Royal Canadian Mounted Police. Recognizing the legitimacy of all actions taking place in response to this violation, we offer this recording in solidarity with those at the frontlines of resistance.

Spurred by RCMP raids on Wet’suwet’en territory beginning February 6, the Mohawks of Tyendinaga quickly established a camp at the Wyman Road rail crossing that morning, amplifying national pressure on state and industrial interests. On February 21, Wet’suwet’en Hereditary Chiefs held a press conference in Tyendinaga, responding to Trudeau’s ultimatum to end all rail disruption. Three days later, the Mohawk camp was raided and removed by the Ontario Provincial Police, following an injunction filed by Canadian National Railway. Ten warriors were arrested, charged, and released on bail, pending a March 24 court date, while the Mohawks set about constructing a village further down Wyman Road. They continue to accept both financial and material support for their efforts.

To this end, RAGS OF DECLARATION will be available directly from the artists, as well as by mailorder from Extra Final, for $5, with all proceeds from the printed editions donated to the Mohawks of Tyendinaga. Fundraising progress will be continually updated on Usse's Facebook here: www.facebook.com/Usse-513590588802936 Local release activities, and select retail and community availability are underway. Once all 200 editions are sold, the release will become available as a digital-only download.

We encourage direct support for the Mohawks of Tyendinaga, either by donation or purchase of supplies from their online wish list, as well as for the Wet’suwet’en.

Usse and H. de Heutz are settler musicians, working out of Saint John NB, and Hull QC/Ottawa ON respectively. We do not seek or intend to speak on behalf of Mohawk, Wet’suwet’en, or any Indigenous peoples of Turtle Island.

Bandcamp Daily  your guide to the world of Bandcamp